Smartwatches are better than ever in 2020 and if you have an Android phone then you have the widest range of options available.

If you want to track your steps, runs and calories but also want full notifications, a watch-like design and features like contactless payments then smartwatches are the perfect step up from fitness trackers.

The choice can be a little overwhelming though with several brands of watch running Google’s Wear OS, to Samsung and its Tizen software or even Fitbit. That’s why we’ve fully tested each of the smartwatches in this list and ranked them, highlighting their pros and cons to help you decide which is the one for you and your Android phone.

Want the best smartwatch to connect to your Android phone? That’s the Samsung Galaxy Watch, which the company released in the second half of 2018.

This comes running Tizen software, but it works well with Android devices and gives you lots of apps to choose from. It’s a great choice for tracking your fitness, but it also sports top-end specs and a premium design that’s suitable for everyday wear.

Perhaps our favorite feature is the rotating bezel that allows you to cycle through menus and apps with ease. You’ve got the choice of 46mm or 42mm sizes, which means it should suit most wrist sizes – and if you opt for the smaller model it’s a bit cheaper too. 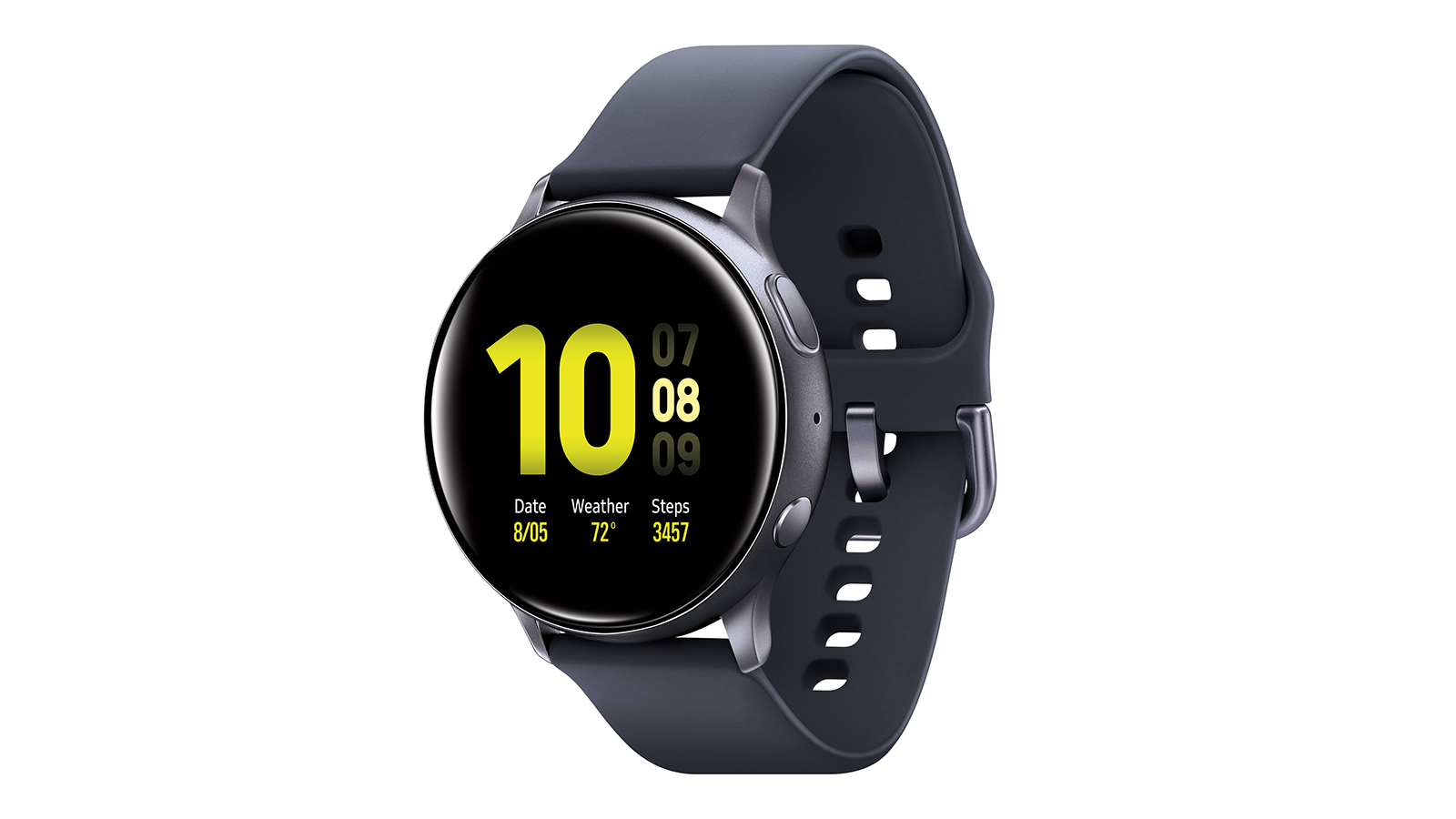 The Samsung Galaxy Watch Active 2 is sold alongside the original Watch Active but we prefer this newer model thanks to an updated design, great battery life and a digital touch bezel which was sorely missing before.

The ‘Active’ branding means this is a smartwatch more suitable for workouts and fitness tracking compared to the regular Galaxy Watch, reflected in the great on-board coaching suggestions and reminders to move to reach your set goals.

It’s waterproof, suitable for running, swimming and cycling among other activities, handles notifications well, and you only have to charge it every other day. 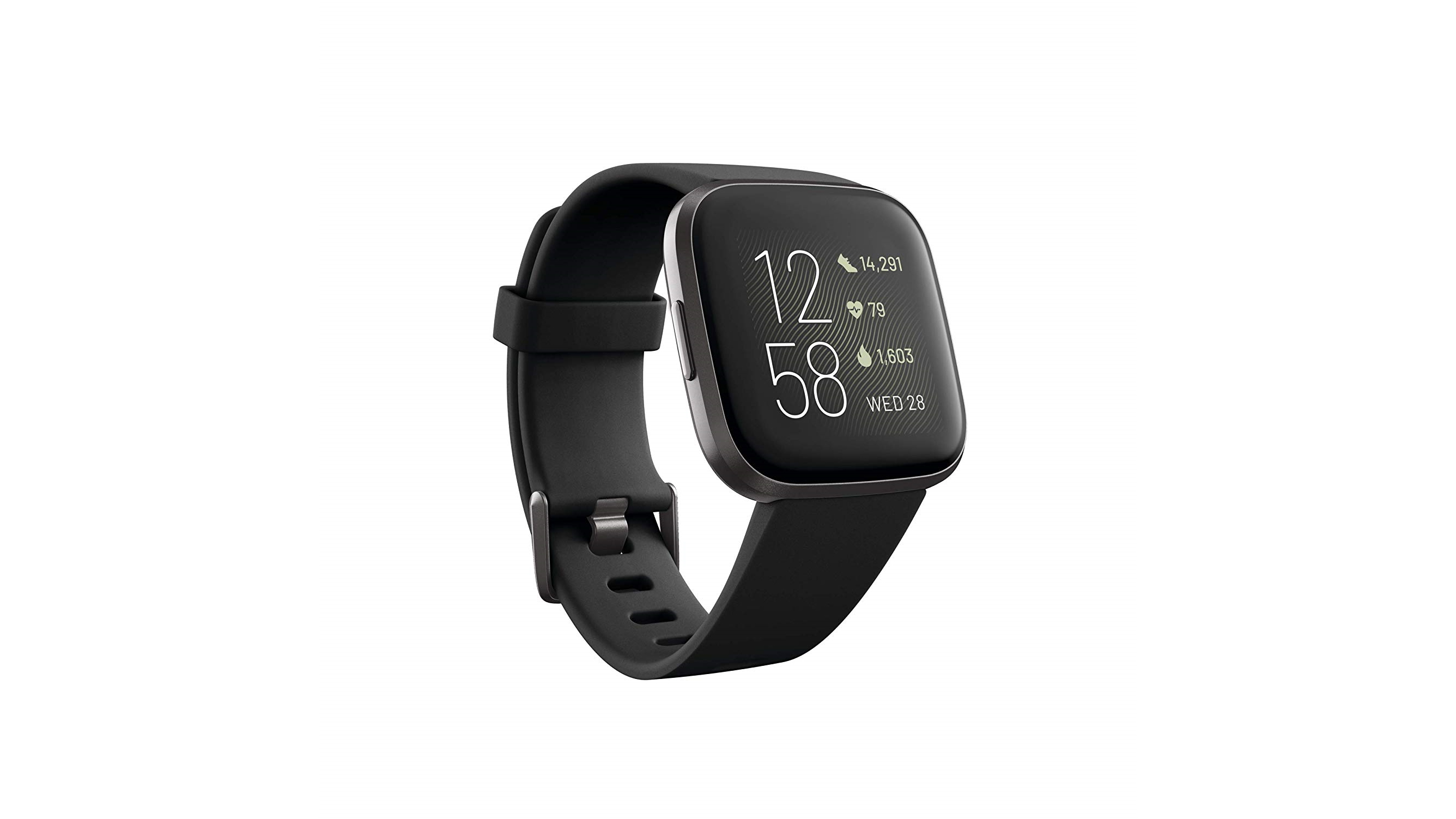 The Fitbit Versa 2 is the company’s third smartwatch and the last it made before being acquired by Google. We love it because it added an always-on display, comes in a range of color and strap options, and still tracks your day-to-day health as good as any other Fitbit.

While it can’t do many smartwatch things (notifications are clunky, messaging is a no-no and there are limited apps), the third-party watch face selection is huge and the battery lasts for four to five days even with regular use.

The addition of Amazon’s Alexa voice assistant adds a little more functionality to the proceedings, but the Versa 2 shines when it’s used for what it was made for – core fitness tracking.

This is the first watch – of many – in this list that comes with Wear OS software on board. It’s the Fossil Sport, and it’s arguably one of the first watches from the company that can keep pace with the likes of the Samsung Galaxy Watch and Apple Watch.

It’s lightweight, so it’s comfortable for a variety of exercises, and it’s built with fitness in mind with GPS and an accurate heart rate monitor included.

Despite its sporty focus the design still feels premium, and it’s one of the most powerful devices on this list as it comes with the latest Qualcomm Snapdragon Wear 3100 chipset inside. That’s not in a lot of other Wear OS watches yet, and we found it noticeably slicker than some other choices.

Now it’s time for one of the cheapest devices on this list, and it comes from Chinese manufacturer Mobvoi. The TicWatch E2 isn’t a huge improvement on the first-gen watch, but it offers some fantastic features considering its price.

We really like the two-day battery life and the fact you can get all of the features of Wear OS on a watch for this low a price. It’s quite an impressive feat, and that’s why it ranks so highly in our best Android watch list.

There’s no NFC (so no Google Pay) but we can forgive that at this price, especially as you do get GPS and a heart rate monitor.

Not sure on the design? Why not take a look at the TicWatch S2? It’s a remarkably similar watch, but it comes with a slightly different look.

Want a unique Wear OS experience? The TicWatch Pro isn’t as cheap as the device above, but it comes with two displays. That doesn’t mean there’s one on the top and one on the bit that sits on your wrist.

Instead, one is a see-through display that allows you to have a low-battery mode that keeps the essential features running even when you’re almost out of charge. Then on top of that there’s a normal Wear OS screen, for when you’re able to turn on all of the features and charge it up every couple of days.

It won’t be to everyone’s taste, but the TicWatch Pro is a premium device with a more affordable price tag than a lot of the other choices you’ll find on the market right now.

Then there’s the Fitbit Ionic. It’s both bigger and more expensive than the Fitbit Versa above, but the big benefit is it comes with GPS onboard. That makes this the best running watch from Fitbit, and you’ve got all of the benefits of a Fitbit device ready and waiting.

You can download a variety of apps and watch faces to this device, but be warned that it won’t be a huge selection like you’d get on a Wear OS or Tizen smartwatch.

Instead, this is much more fitness-focused and if that’s what you’re looking for this won’t be a terrible choice for you. That said, if you want a fitness device and aren’t bothered about GPS then the Fitbit Versa is a cheaper alternative with many of the same features.

The Misfit Vapor 2 is the second attempt from the fitness-focused brand at creating a smartwatch. Unlike a lot of other health watches, this comes with the benefits of Wear OS software.

It has an attractive and premium look, so you won’t be embarrassed to wear this on a night out, but it’s also suitable for you to go running with or on a cycle using the built-in GPS.

Plus it comes with NFC, so you can make contactless payments. It does use the older Snapdragon 2100 chipset, so it will be slower than the Fossil Sport above, but if you prefer the look of the Vapor 2 you won’t be missing out on much by choosing it.