You can at last get incredible 5G phone speeds today, according to our tests, but only in two US cities and only if you do what we’re calling ‘the 5G shuffle.’

We were able to test the Verizon 5G network in Chicago using a Samsung Galaxy S10 5G (and we’ll stick around to keep doing so until Tuesday on our own), and we’ve been able to pull down consistent speeds topping 1Gbps. One of our 5G tests peaked at 1.385Gbps.

But to get these headline-worthy speeds, we had to basically move (or dance) around the 5G nodes that sit above lampposts on specific blocks in Chicago. It’s reportedly the same in the only other US city with active Verizon 5G nodes, Minneapolis. 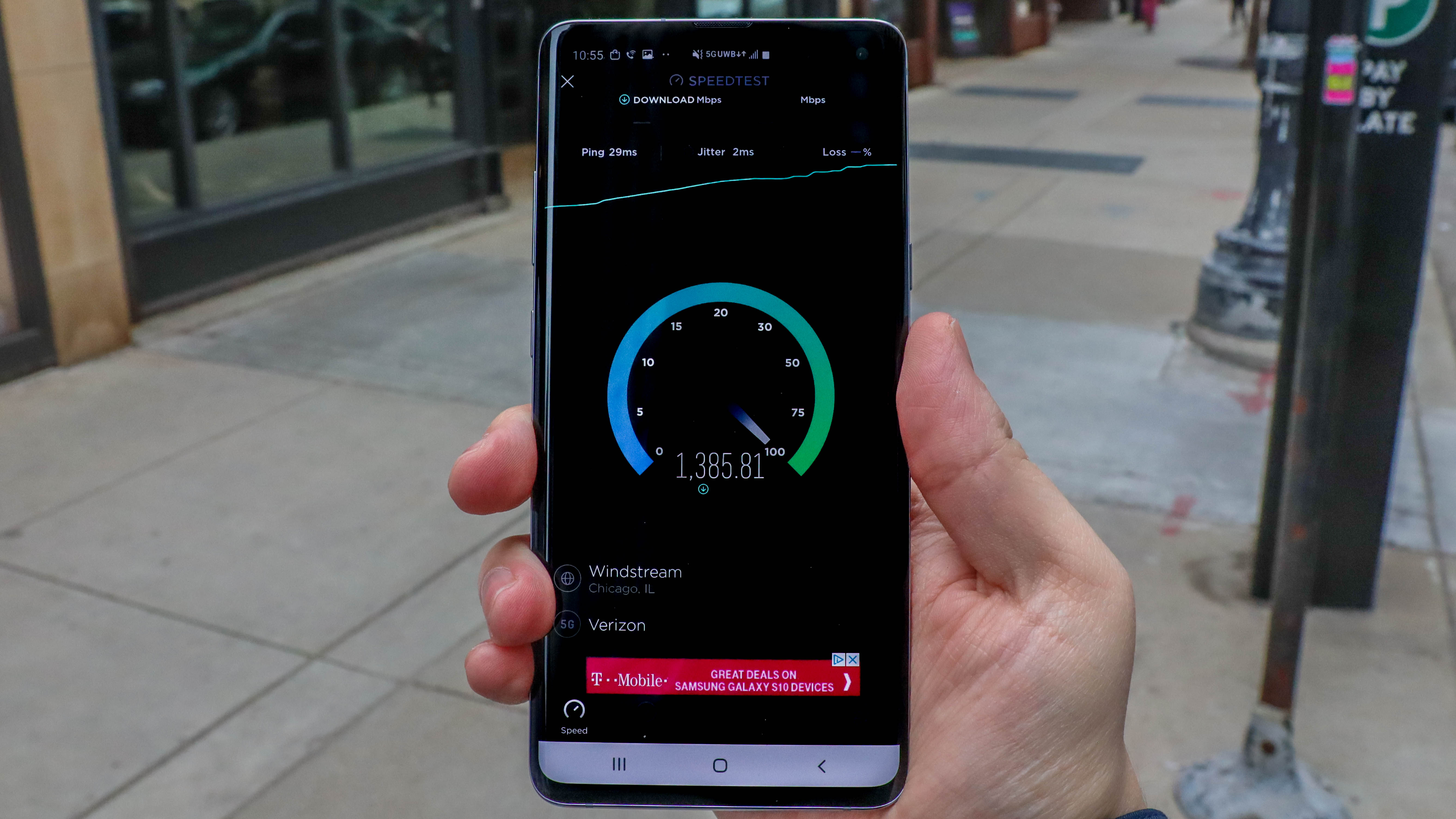 TechRadar became the first outlet with a 5G phone when the Moto Z3 5G launched last month, but the Verizon 5G network was just getting underway. It either wasn’t as fast back then, or we didn’t get consistent-enough signal to reach the heights we’re seeing now. It even frequently dropped back down to 4G LTE mid-test.

Now, five weeks later and with the Galaxy S10 5G in hand, we’ve gotten speeds that made the Verizon engineers on hand from New York visibly excited. They’re seeing the nearly 1.4Gbps speeds in the wild for the first time, too.

Speeds tests using the Ookla app offered us some insight into peak raw speeds, and they were great. But it was also important to do real-world tests – while doing the 5G shuffle – to see how Netflix, Amazon Prime Video and Android game downloads did.

The most shocking 5G test we conducted?

Yes, we waited on the same rainy street corner in Chicago to test these speeds. One finished in under a minute, and the other took one hour and 16 minutes. 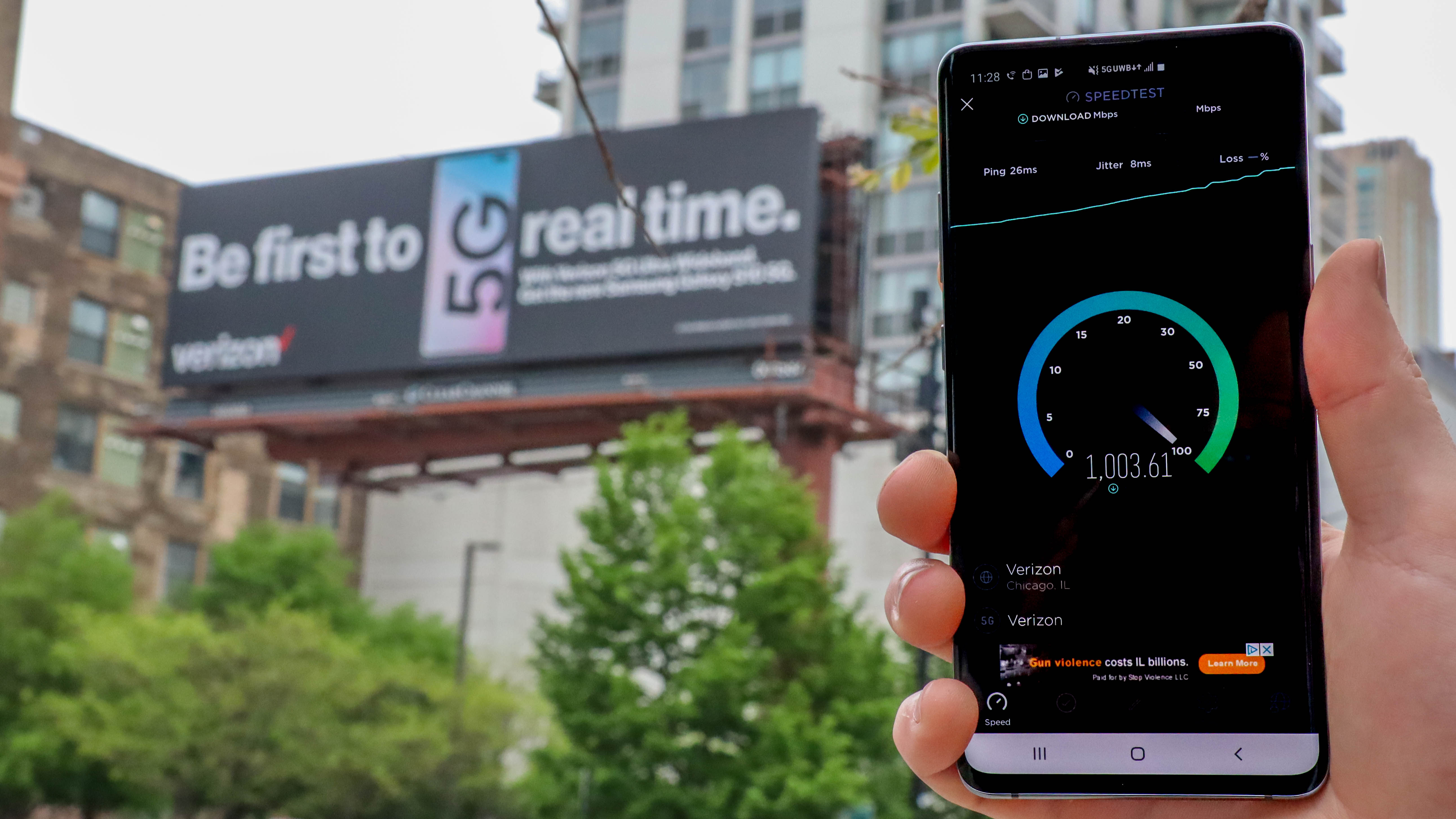 The difference is staggering in this 5G test. We used the Galaxy S10 5G connected to Verizon’s 5G ultra wideband signal. The 4G comparison test used an iPhone XS Max on AT&T’s getting ‘5Ge’ signal (which isn’t actual 5G, as we’ve reported multiple times and a marketing stunt over which Sprint sued AT&T).

While these 5G tests weren’t at nearly 1.4Gbps, they were fast (around 1Gbps) and depended on if the app maker was optimized to deliver fast speeds. Downloading the game PUBG from the Google Play Store, for example, was a bit slower than downloading the same game file from the Galaxy App Store.

In other words, the pull from our 5G device and direct line of sight of the 5G node was important, but so is the push from Google, Netflix and other content providers. 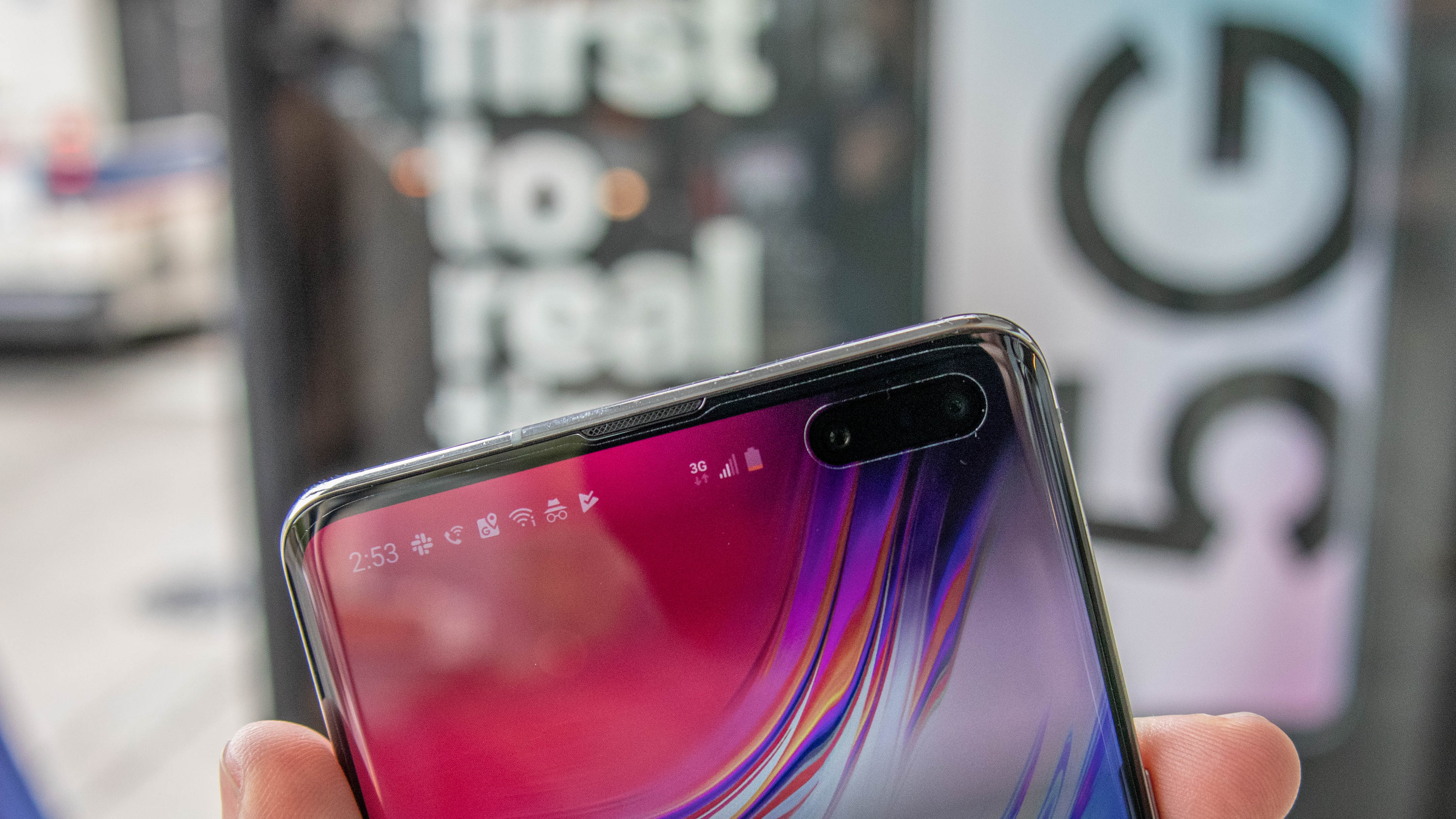 Gone from Chicago are the other tech reporters, but we’re still here seeing if the 5G network holds up after the initial launch day hype. The answer: yes and no.

We can confirm that the 5G nodes are still active (this wasn’t purely a publicity stunt like some have implied). But, for large portion of the day, the our Samsung Galaxy S10 5G phone (we bought a unit at Verizon’s flagship Chicago store on launch day) did fall out of sync with both Verizon’s 5G and even 4G LTE signal.

That’s right, we were operating on a 3G speeds for the better part of day two. Was it a network problem? Was it a hardware problem? We’ll never know. But a reset of the phone solved the issue and were we back up to 4G LTE and, in designated spots, 5G.

We are back on track with 5G speeds in Chicago during Day 3, as we reset the Galaxy S10 5G (which was getting abysmal 3G speeds yesterday for some reason). Some 5G cell sites atop lampposts were only dolling out 700Mbps (like we experienced with the Moto Z3 with the 5G Moto Mod), while we did get over 1Gbps again today.

What we found interesting is that uploads speeds remain the same, squarely in 4G LTE territory. In fact, when connected to Verizon’s 5G UWB, upload speeds peaked at a very normal 67Mbps. We did end up with 79Mbps on the uplink once, but that was in a 4G LTE speed test, so there’s really no 5G upload speed news to break yet.

Latency ranges from 30ms down to 17ms on 5G, which is slightly better than what we saw during 4G LTE tests, but not by much.

Clearly, 5G has growing pains. At nearly 1.4Gbps in our raw speeds tests, according to our speed tests, it shows tremendous promise. But blanketing the entire city of Chicago is going to take some time. Even saying 5G is more of a 2020 thing than a 2019 thing sounds hopeful at times.

We’ll continue to update our week-long 5G test as we get more time the the Galaxy S10 5G and compare it to 4G LTE in Chicago.

New iPod Touch has gaming at its heart, arriving in time for Apple Arcade